My ‘trusty stead’ ground to a halt the other day. It’s done me proud, but the garage mechanic said what I predicted he would say…    And so, to the delight of the whole family, we started looking for a new car.  The experience was a mixture between being in a sweet shop and feeling like a Monty Python character remembering my youth. I wanted to talk about suspension and acceleration, the sales person wanted to talk about connected apps.  They were basically selling me a smartphone on wheels!

The thing is, when it comes to cars, I’m living in the past. I can’t even get over the fact that the gear stick seems to have been replaced by some buttons (I can imagine my children telling their kids about the time they learnt to drive with a gear stick – a bit like me telling them about having to get a friend to help lift the TV). Then, as I drive, the car slows down and speeds up by itself. At this point, the petrol head in me could get really annoyed – I mean, am I driving this thing, or is it driving me? 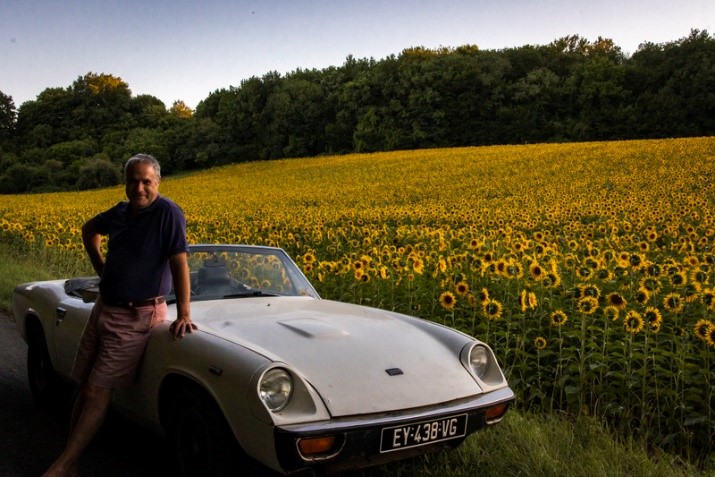 But then I begin to realise that the problem isn’t with the car, but with me.  This is the future. This is the right tool for the job. It’s not a motorway cruiser and a Sunday afternoon country tourer rolled into one – “jack of all trades, master of none”. It’s the car I actually need, the one I asked the sales person for. It’s safe, kind to the planet, and when (finally) I stop judging it by the past,  it is amazingly good at its job.

And I think that’s the lesson we’re all learning. We’re changing the way we do things, and learning how to use tools differently. We’re using the right tools for the job.

The ever increasing, and incredibly complex demands of those smartphones on wheels, and all the other domains we’re working in are demanding an array of tools, and those tools, some new, some old are all changing too.

Within the domain of simulation and virtual platforms, one of the biggest movements I see is towards open source tools. Many of them are technically superior, have amazingly high code quality levels and are supported by large communities, but there are other advantages too. Of course, for continual integration the lack of seat licenses is a real bonus, but there’s more. Often open source tools are used in many different contexts, their use becomes ubiquitous, engineers are familiar with them. QEMU is an excellent case in point. People are familiar with how to use it, how to debug with it, how to get the best from it. And of course, how to ‘hack’ it: That opens up possibilities and shifts our perspective on what a tool like QEMU can do. Just like the car, when used correctly, it is amazingly good at its job. The way people are changing expectations, use cases, and using new ways of working, allows tools like QEMU to be truly exploited.

The other big change is scale. It used to be the case that we considered how well a single tool, or a technology could scale. It used to be the killer argument – “Ah yes, but will it scale?”  A bit like asking if this little car will drive from Paris to Dakar without a stop. But it seems this is yesterday’s argument too:  now the bigger question is how to connect to other systems, how to combine multiple simulators together, each with their own features, foibles, notions of time and levels of abstraction. Of course that’s been done for years with hardware in the loop, or co-verification, but now it’s going to the next level. Higher up. In the cloud.  End to end simulations of multiple systems, modelling not just the programable devices, not even just the electronic devices but the environment. Simulations, virtual twins or virtual platforms are mixing FPGAs, open source simulators, real hardware, software models, and above all:  an open ecosystem for simulation.

Of course we’ve seen similar situations before, and just as every other time, there are more potential fabrics and frameworks than there are vendors to support them. That’s where Accellera will, undoubtedly, play its role again. But for now, there is lots of  sticking, cutting, taping, stapling and tying things together (often with SystemC in the middle as modelling glue). The result is a landscape of change, which is exciting to see.

At DVCon Europe I hope to see more innovation, more imagination, more discovery of tools and how they can be used. And maybe, just maybe, some coming together – some alignment – some hope that this time we’ll build connections, both virtually, and, at last, …  in reality – in person!

And the car? Well, who knows,  but for now, while the weather’s warm, I’m indulging my nostalgia and enjoying driving my Jensen Healey again! (Oh, and it has a button to change gear too;  in the 1970s it was called “overdrive”, it even still works – sometimes).

This site is created, maintained, and managed by Conference Catalysts, LLC. Please feel free to contact us for any assistance.